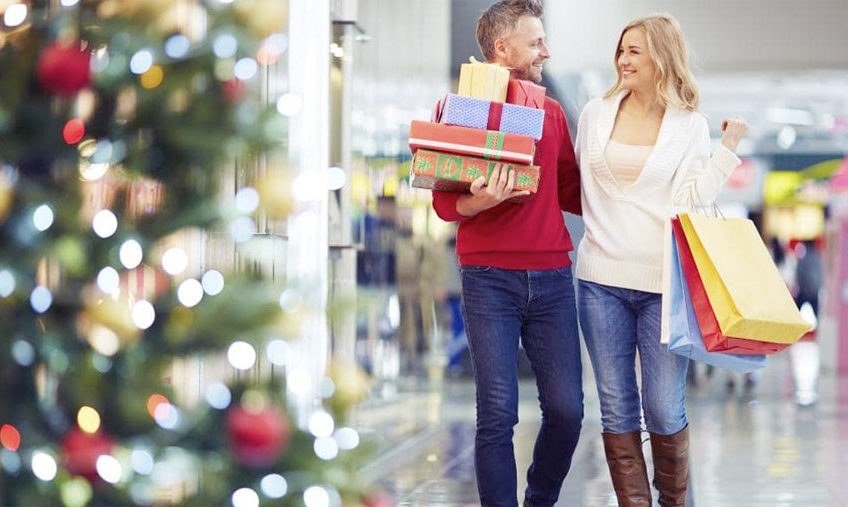 Consumers have no doubt noticed that each year retailers start promoting Christmas earlier. The day after Halloween has become the unofficial starting point for retailers in terms of Holiday Season advertisement and promotions. How does this phenomenon affect the consumer in terms of spending? Are consumers spending more as they get caught up in the extended Christmas hype?

Although some people may complain that they do not appreciate being bombarded by Christmas ads in early November, the facts show that consumer resistance to early Holiday season shopping has been weak. A research study conducted in America showed that only 15 percent of consumers wait until after Cyber Monday, the Monday after American Thanksgiving, to begin their shopping. The same study shows that nearly four in 10 parents with children under the age of 18 begin their holiday shopping before November.

Not only are North American consumers buying earlier, but they are spending more too. Here in Canada, The Bank of Montreal’s Holiday Spending Outlook finds that shoppers surveyed say they plan to shell out an average of $678 for gifts this year, compared to an average of $674 last year. A rather considerable jump from the $583 they were planning on spending last year.

Are these facts somehow related to the fact that retailers start to provide a Christmas “atmosphere” earlier than years past? The evidence suggests that this may indeed have an impact. Most retailers have long figured out that factors other than price can be used to make the consumer spend more than he normally otherwise would. The classic case most people cite is the placing of milk at the back of the grocery store which forces the consumer to go through the aisles and hopefully make some impulse purchases.

It seems as though retailers are now extending this line of thinking to the Holiday season. A very interesting discovery is that something as simple as Christmas songs may make people spend more than they otherwise would. A study by Royal Holloway University in London shows that songs such as “All I Want For Christmas” or “I Wish It Could Be Christmas Everyday” will put people in the mood to spend a little more.

A similar study done in New Zealand revealed similar results; Christmas decorations and setups in stores is leading to consumers spending more as the festive atmosphere puts consumers into a cheerful frame of mind.

Not Falling Into the Trap

These findings are perfectly consistent with what I’ve experienced personally. I have spent more in recent years on items that I would not have normally purchased. Subconsciously, I think there is a feeling of disappointment when walking into a store that is nicely decorated and not leaving with anything. This could obviously spell trouble for the consumer who doesn’t want to overspend.

I think one way to combat this is to have a plan going into the shopping season. This year I made a list of what I will be buying and how much I’m willing to spend and then not to be influenced by any other factors.

Like most things in life, a little preparation can go a long way towards achieving what you want. A wise man once told me; never go grocery shopping on an empty stomach. I think I’ll be telling future generations to never go Xmas shopping without a list of the only items you will buy.

How about you? Do you have a few words of wisdom to share with others?

This article was researched and written by Hummad Waheed, a contributing author of promotionalcode.ca.