When was the last time you had a look at daily deals? Are you still participating or have you ‘jumped ship’? With this industry sending us all sorts of mixed messages, it’s getting really hard to establish if Groupon (and other daily deals websites) will survive or if this business model will become just another dot-com bubble. I thought it was interesting enough to engage in a discussion.

Getting Attention for the Wrong Reasons
Clearly, there is a lot less buzz surrounding daily deals than there used to be back in 2010 when Groupon had reached rock star like status. At that point it seemed like everybody and their mom were participating in a daily deals program and like every week a new website was coming up with its own deals. Now, when Groupon gets some media attention, it often isn’t for good reasons. Not only have Groupon shares constantly slumping, but billings are also declining and, for some odd reason, know where near all purchased deals ever actually get claimed.

Wait, Are Things Really that Bad?
Let’s just try to forget the sky-rocketing expectations people had for Groupon, when it still had the ‘flavour of the month appeal’, let’s put speculation aside and focus on facts:

Member subscriptions have increased by 65% from 2011, now counting just under 40 million active members.
Groupon recorded net income for the second straight quarter, whereas when the hype was its highest, the company was making a loss.
According to a ForSee study named: “Daily deal websites and emails bring in new and existing customers for retailers”, Groupon does what it’s meant to, as users have a strong tendency to return to the merchant they purchased a daily deal for.
Groupon holds the lion’s share of daily deals subscribers, with over 50%, compared with 30% for LivingSocial and 9% for Woot. So if there’s a business in this niche that has the best odds at making it, it has to be Groupon.

Maybe Groupon isn’t turning into the rock star it was once expected to be, but it certainly isn’t anything close to the has-been or ‘one-hit wonder’ some are trying to make it out to be. It just seems like things are stabilizing for this company, maturing if you will. It’s not because you don’t hear about a certain company every time you’re online that it doesn’t exist. Take the Hotwire’s and Priceline’s of this world. These are businesses that created a lot of buzz when they first made it big. Now, you don’t hear about them too often do you? But these businesses are still striving nonetheless.

The Bottom Line
In my opinion, if Groupon and similar businesses have a chance at making it, they need to shake the stigma that daily deals have to be ‘impulsive purchases’. If they manage to find a balance between the ‘too good to be true’ deals and simply offering ‘good deals’ thanks to the buying power a group gives you, they will not only survive but grow. This way, deals will hopefully get claimed more often and billings will stop decreasing.

What’s your opinion? Do you see Groupon making it in the long run or do you think daily deals will suffer a slow and painful death? Let us know what you think by leaving a message in the comment section. We have a daily deal Canada consolidation section on this website, do you find this kind of feature useful? 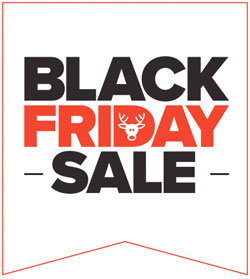 All rights reserved 2019 By Promotionalcode.ca