We, as Canadians, should all care about what will either be the success or the hard-to-hear failure of RIM’s new BlackBerry (actually RIM has apparently changed it’s name to BlackBerry for the nit-pickers out there): the so-called BlackBerry 10. Why should we care?

Well not just because they employ around 13,000 people, a large number of which are Canadian, and not only because Stephen Harper called them the national “crown jewel”, but because all of Canada’s major pension plans own stakes, and according to the CBC: “CPP’s ownership of almost two million shares means that effectively, every single Canadian citizen has a stake in the company.”. This means that if RIM fails, all Canadians will be affected, to what degree I don’t know, but it won’t be good.

So now that I have your attention, let’s talk about their last ditch attempt to stay in the smartphone market (the only market they have a chance of staying in) with the BlackBerry 10 software and the 2 corresponding handsets on their software.

Update: After five years of a steady decline as well as the disappointing sales of its latest Z10 and Q10 models, the Ontarian enterprise is said to have been sold to Fairfax Financial Holdings for a transaction that is estimated at around 4.7 billion USD. Before this transaction, Fairfax already detained approximately 10% of the Waterloo-based enterprise and has offered to purchase the remainder for $9 US a share.

While it is not entirely clear what will happen with BlackBerry, it is safe to think that the next steps would consist in taking the company private and that there will be a major restructuring process aiming at making this once mighty mobile phone maker profitable again. This deal should give BlackBerry the opportunity to undergo a major shake-up, and this, away from the scrutiny usually associated with the fact of being a struggling enterprise. Only time will tell if this company will be able to re-emerge as an industry-leader, but according to specialists, the chances of the company being broken up into pieces seem very slim at this point.

According to this article from the New Yorker, BlackBerry never stood a chance against Apple’s iPhone and Android phones. At least, when they realized they had to do something about the competition it was already too late. Plus, the moves they made –like launching a tablet– were for the most part failures.

This is something I really didn’t know about until I spoke to my sister–who is a bit of a big wig in the world of oil. Turns out that BlackBerry were primarily chosen as the business phone of choice because of the unique proprietary business functionalities (mostly based around security). In layman’s terms, the phones had the functionality to be remotely turned off with the data wiped as well as other serious security systems aimed at making them the corporate multinational phone of choice, and that’s one mighty big market. Nevertheless, other phone makers cottoned onto this idea, and the iPhone now offers similar functionality, meaning that there went the BlackBerry edge! But if you watch the video linked in this post (and others), you can see that BlackBerry has tried to strengthen the business approach with what I think is quite a cool feature: being able to switch the phone from work to personal modes.

Now this is not my favourite review, actually I think the reporter in the video is awful because he was baiting the RIM representative and trying his hardest to make the poor man compare his product to apple in snide little ways. But I chose this video because I thought Nick Webb (BlackBerry’s product Manager) did a fairly decent job in the face of a man out to get him and I think it shows off some of the cool features well. If you have a better video please comment below with a link. 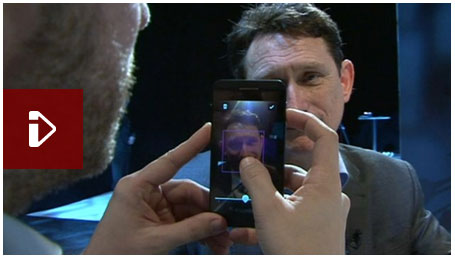 The work mode and personal mode is cool, but maybe not enough to entice the corporate world to switch back.
The camera feature called time shift is interesting, where you can go backwards and forwards in time for a few seconds to find the perfect shot. But I believe I have seen this somewhere else too.
Their hub and flow systems are kind of funky (it works in my opinion like the latest Facebook app for an iPhone) in that users can access different apps while browsing other apps using swiping gestures and holding, so 2 apps can be viewed at the same time — say if you want to check for new emails while watching a video, which is kind of useful for my ADD generation. I do actually think this works better than the double click on the iPhone button to switch between apps.
The predictive text is a nice touch, I would like to read user feedback about this feature after the launch to see how well it works.

The Bad
Why did BlackBerry’s new handsets completely go the touchscreen route? (from speaking with BlackBerry lovers a physical keyboard was a feature they generally enjoyed).
BlackBerry is no longer cool. Public opinion now sways the tech market more than innovation as it’s about clever marketing more than anything. Hipsters don’t want BlackBerrys. BlackBerry need to make themselves cool again, but how? Get a marketing campaign underway that’s like no other.
These are their first handsets and real software update for a year and a half from the company, that is simply too long in the smartphone market. They are offering something perhaps too little too late.
It doesn’t ‘feel’ that much different from any other smartphone, and while they decided to make their own software (rather than use say Android or Windows) they made it function in a very similar way, so why bother?
There is nothing revolutionary, and nothing really proprietary.
The share price is taking another round of hammering after the release (even I had a lack of confidence, I would have sold my shares 3 days ago).
It’s not as intuitive as other smartphones.
Because of the proprietary software and the lack luster demand there are not many apps for the device and until it picks up steam this will continue to be the case. It just simply is not cost effective for most app makers.

I don’t personally hold up too much hope for the new software and the new handsets because the features are just not enough (watch a video walk though of most of the main features). I wouldn’t go as far as Forbes and say it has bombed, but I think RIM (now BlackBerry) need another shakeup and need to think of combining forces with a bigger company (like the Lenovo deal I heard about–which doesn’t look like it will actually happen) and trying to win back the favour of fans. This might even mean the possibility of going down an open source route. Essentially, the brand needs advocates, as even the most hard-core BlackBerry lovers are just plain fed up of defending the company and their phones.

Will I be getting one? Nope. Will you?